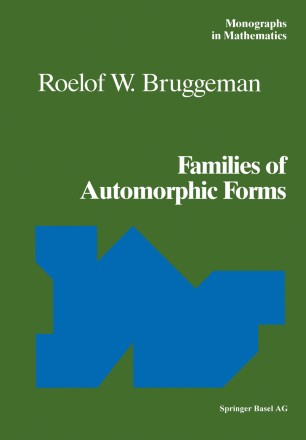 "It is made abundantly clear that this viewpoint, of families of automorphic functions depending on varying eigenvalue and multiplier systems, is both deep and fruitful." - MathSciNet