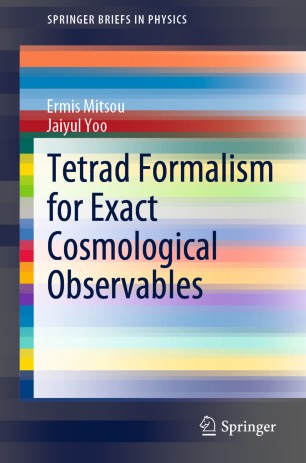 This book presents a novel mathematical formalism, based on the tetrad formulation of differential geometry, for describing cosmological observables exactly and conveniently. It covers all the standard observables, i.e. distances, weak lensing, number counts and cosmic microwave background, and also includes a detailed derivation of general-relativistic matrix kinetic theory. All the fully nonlinear equations are derived in detail and the mathematical content is self-contained, so that readers require only a basic knowledge of general relativity. Moreover, the authors discuss several subtle issues that are usually overlooked in the literature and, in particular, issues that distinguish this formalism from the more approximative standard practice.