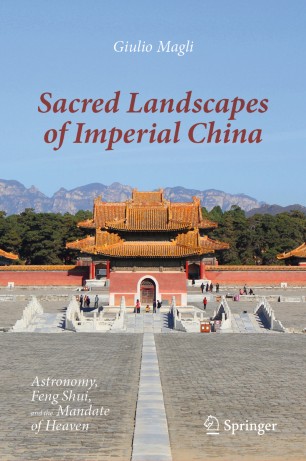 Astronomy, Feng Shui, and the Mandate of Heaven

This book analyses the magnificent imperial necropolises of ancient China from the perspective of Archaeoastronomy, a science which takes into account the landscape in which ancient monuments are placed, focusing especially but not exclusively on the celestial aspects. The power of the Chinese emperors was based on the so-called Mandate of Heaven: the rulers were believed to act as intermediaries between the sky gods and the Earth, and consequently, the architecture of their tombs, starting from the world-famous mausoleum of the first emperor, was closely linked to the celestial cycles and to the cosmos. This relationship, however, also had to take into account various other factors and doctrines, first the Zhao-Mu doctrine in the Han period and later the various forms of Feng Shui. As a result, over the centuries, diverse sacred landscapes were constructed. Among the sites analysed in the book are the “pyramids” of Xi’an from the Han dynasty, the mountain tombs of the Tang dynasty, and the Ming and Qing imperial tombs. The book explains how considerations such as astronomical orientation and topographical orientation according to the principles of Feng Shui played a fundamental role at these sites.

Giulio Magli is an astrophysicist/archaeoastronomer and currently a Full Professor of Mathematical Physics and Head of the Department of Mathematics at the Politecnico di Milano. After receiving his Ph.D. from the University of Milan, he initially conducted research in Relativistic Astrophysics but gradually moved toward Archaeoastronomy and, more generally, to the study of the relationships between architecture and landscape among ancient cultures. For many years, he worked on Egypt and the Mediterranean, but his current research focuses on Asia and especially on Imperial China. His previous books include Mysteries and Discoveries of Archaeoastronomy (Springer 2009), Architecture, Astronomy and Sacred Landscape in Ancient Egypt (Cambridge University Press 2013), and Archaeoastronomy – Introduction to the Science of Stars and Stones (Springer 2017). He taught the first massive open online course on Archaeoastronomy ever developed, freely available on the MOOC platform of the Politecnico di Milano and on Coursera, and has appeared as an expert on Archaeoastronomy in several TV broadcasts for CNN, the History Channel, and Discovery Channel. He was also one of the authors of the UNESCO-IAU document on Astronomy and Cultural Heritage.