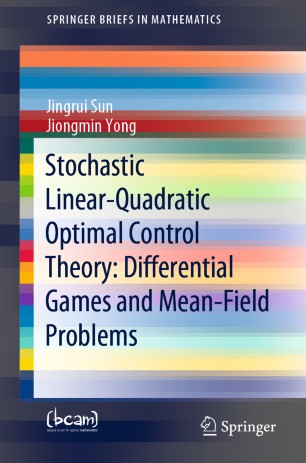 This book gathers the most essential results, including recent ones, on linear-quadratic optimal control problems, which represent an important aspect of stochastic control. It presents results for two-player differential games and mean-field optimal control problems in the context of finite and infinite horizon problems, and discusses a number of new and interesting issues. Further, the book identifies, for the first time, the interconnections between the existence of open-loop and closed-loop Nash equilibria, solvability of the optimality system, and solvability of the associated Riccati equation, and also explores the open-loop solvability of mean-filed linear-quadratic optimal control problems. Although the content is largely self-contained, readers should have a basic grasp of linear algebra, functional analysis and stochastic ordinary differential equations. The book is mainly intended for senior undergraduate and graduate students majoring in applied mathematics who are interested in stochastic control theory. However, it will also appeal to researchers in other related areas, such as engineering, management, finance/economics and the social sciences.

Jingrui Sun received his PhD in Mathematics from the University of Science and Technology of China in 2015. From 2015 to 2017, he was a Postdoctoral Fellow at the Hong Kong Polytechnic University and then a Research Fellow at the National University of Singapore. From 2017 to 2018, he was a Visiting Assistant Professor at the University of Central Florida, USA. Since the spring of 2019, he has been an Assistant Professor at the Southern University of Science and Technology, China. Dr. Sun has broad interests in the area of control theory and its applications. Aside from his primary research on stochastic optimal control and differential games, he is exploring forward and backward stochastic differential equations, stochastic analysis, and mathematical finance.