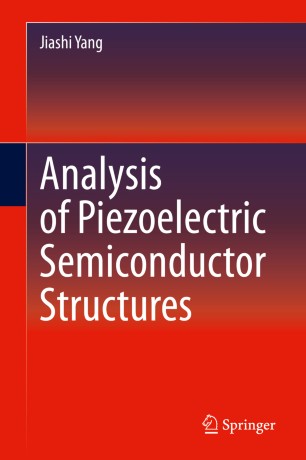 Dr. Jiashi Yang received his B.E. and M.E. in Engineering Mechanics in 1982 and 1985 from Tsinghua University, Beijing, China; M.S. in Mechanical Engineering in 1988 from Syracuse University, USA; and Ph.D. in Civil Engineering in 1993 from Princeton University, USA. He was a Postdoctoral Fellow from 1993 to 1994 at the University of Missouri-Rolla, and from 1994 to 1995 at Rensselaer Polytechnic Institute. He was employed by Motorola, Inc. as an engineer from 1995 to 1997. Since 1997 he has been an Assistant, Associate, and Full Professor at the Department of Mechanical and Materials Engineering of University of Nebraska-Lincoln. His main research area is theoretical and numerical modeling of electromechanical materials, structures, and devices.