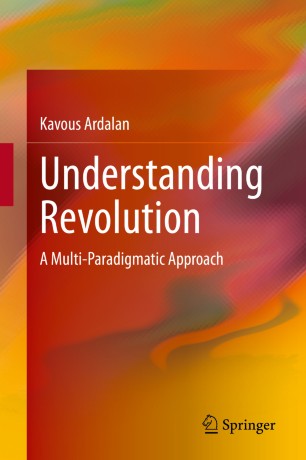 This book applies a multiparadigmatic philosophical frame of analysis to the topic of social revolution. Crossing two disciplines and lines of literature—social philosophy and social revolution—this book considers different aspects of social revolution and discusses each aspect from four diverse paradigmatic viewpoints: functionalist, interpretive, radical humanist, and radical structuralist. The four paradigms are founded upon different assumptions about the nature of social science and the nature of society. Each paradigm generates theories, concepts, and analytical tools that are different from those of other paradigms. An understanding of different paradigms leads to a more balanced understanding of the multi-faceted nature of the subject matter.

In this book, the first chapter reviews the four paradigms. Using the Iranian Revolution as exemplar, the next few chapters provide paradigmatic explanations for a particular aspect of revolution: culture, religion, ideology. With this background, the book introduces a comprehensive approach to the understanding of revolution. The final chapter concludes by recommending further paradigmatic diversity. This book will be of particular interest to students and researchers interested in social revolution, political sociology, and political theory.

Kavous Ardalan is a professor of finance at Marist College, Poughkeepsie, New York, U.S.A. He holds Ph.D.s in both Economics and Finance. His research interests are in the theoretical, practical, educational, social, and philosophical aspects of Economics and Finance. He has presented numerous papers in regional, national, and international conferences. He has written six books and more than eighty journal articles. Some of his research papers have received awards at international conferences, have been regarded very highly by publishers, have been referenced in the “Handbook of Finance” as well as in many journal articles, and have been used as course reading materials at top universities in three different continents. He teaches finance in both undergraduate and graduate programs. Kavous Ardalan owes much to his wife (Haleh), their son (Arash), and their daughter (Camellia).