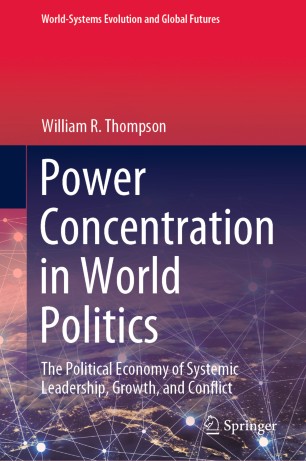 The Political Economy of Systemic Leadership, Growth, and Conflict

This book discusses the role of space, time and cyclical behavior in world politics. More specifically, the political-economic role of lead economies – the world’s most innovative economies for finite periods of time – in world politics. These represent unusual concentrations of new technologies, energy sources, and military capabilities of global reach that play disproportional roles in the conduct of international affairs and the provision of limited governance at the most macro level. They also possess close links to economic growth and intense conflict.

The book describes the economic, military and political processes behind the systemic leadership of a state at the international level. It also highlights the economic preconditions of systemic leadership, such as economic monopoly of new technologies and energy, which underlie the system leader’s material advantage over others. Analyzing lead economies and the evolution of power over a number of centuries, the author demonstrates how disruptions wrought by the emergence of new technologies and energy sources are partly responsible for global conflicts. This book appeals to international relations scholars as well as anyone interested in the political economy of systemic leadership, growth, and conflict in world politics.

William R. Thompson, Distinguished Professor and Rogers Professor of Political Science Emeritus, Indiana University, is Editor-in-Chief of the Oxford Research Encyclopedia of Politics, a former Editor-in-Chief of International Studies Quarterly, and a former President of the International Studies Association. He recently co-authored Racing to the Top: How Energy Fuels Systemic Leadership in World Politics, edited the Oxford Encyclopedia of Empirical International Relations, and co-edited Shocks and Rivalry in the Middle East and North Africa.