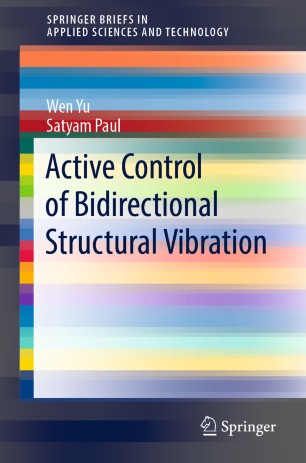 This book focuses on safeguarding civil structures and residents from natural hazards such as earthquakes through the use of active control. It proposes novel proportional-derivative (PD) and proportional-integral-derivative (PID) controllers, as well as discrete-time sliding mode controllers (DSMCs) for the vibration control of structures involving nonlinearities. Fuzzy logic techniques are used to compensate for nonlinearities.

The first part of the book addresses modelling and feedback control in inelastic structures and presents a design for PD/PID controllers. In the second part, classical PD/PID and type-2 fuzzy control techniques are combined to compensate for uncertainties in the structures of buildings. The methodology for tuning the gains of PD/PID is obtained using Lyapunov stability theory, and the system’s stability is verified. Lastly, the book puts forward a DSMC design that does not require system parameters, allowing it to be more flexibly applied. All program codes used in the paper are presented in a MATLAB®/Simulink® environment.

Given its scope, the book will be of interest to mechanical and civil engineers, and to advanced undergraduate and graduate engineering students in the areas of structural engineering, structural vibration, and advanced control.

Professor Wen Yu received his Bachelor’s degree in Automation from Tsinghua University, and his M.S. and Ph.D. in Automatic Control from Northeastern University, China, in 1990, 1992 and 1995 respectively. He then worked as an Assistant Professor at Northeastern University until 1996, before moving to his current role as a Full Professor at CINVESTAV-IPN, Mexico. He serves as an Associate Editor of three journals, including IEEE Transactions on Cybernetics, and is a member of the Mexican Academy of Science, a Mexican National Investigator (Level 3), and a senior member of the IEEE. He has authored or edited over 10 books, contributed chapters to four more, and authored or co-authored over 300 international journal and conference papers.

Satyam Paul is a Lecturer (Mechatronics) in the Department of Engineering Design and Mathematics at the University of the West of England, Bristol, UK. He earned his PhD from the Department of Automatic Control, Center for Research and Advanced Studies of the National Polytechnic Institute (CINVESTAV-IPN), Mexico City, Mexico. He has a Master's degree in the field of Mechatronics from VIT University, Vellore, India and a Bachelor's degree in Mechanical Engineering from the National Institute of Technology, Silchar, India. From February 2018 to October 2018, he was a postdoctoral researcher at Tecnológico de Monterrey (ITESM), Monterrey, Mexico. From November 2018 to February 2020, he was a postdoctoral researcher at the Department of Mechanical Engineering, Örebro University, Sweden. Also, he has 5 years of teaching experience at various universities in India and Sweden.  He has authored or co-authored more than 20 publications that include journals, conference papers, and book chapters.