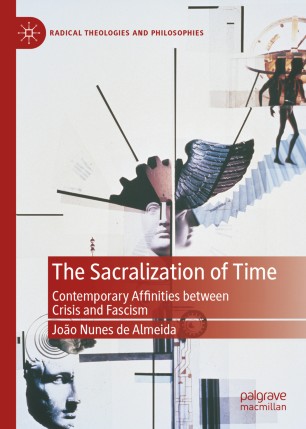 The Sacralization of Time

Contemporary Affinities between Crisis and Fascism

Part of the Radical Theologies and Philosophies book series (RADT)

In this book, João Nunes de Almeida rethinks the relationship between crisis and fascism in today’s liberal democratic societies. Arguing that fascism has adapted to a post-modern idea of endless crisis, Almeida challenges one of the strongest liberal myths in western politics, namely that fascism and liberal democracy have different roots. Fascism, in Almeida’s view, is at the center of the very production of social relations in western capitalist societies, and is the result of the very desire to be saved from crisis underlying liberal democracy. It draws on stormy examples from Portugal’s contemporary history, with a particular focus on its fascist past and revolution, to explore affinities between crisis and fascism in other spatial and historical contexts. João Nunes de Almeida concludes that refusing to be saved from crisis becomes the refusal of any form of fascism in a more global context.