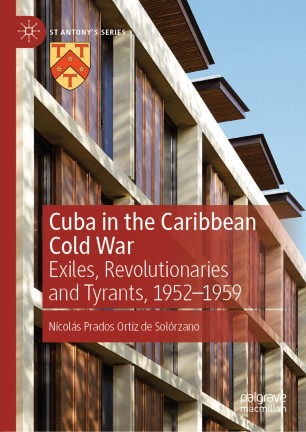 Cuba in the Caribbean Cold War

This book argues that during the Cuban Revolution (1952–1958), Fidel Castro, his allies, and members of the Movimiento 26 de Julio tapped into a larger network of transnational revolutionaries who sought to overthrow the region’s dictatorships. With his research in multiple archives including those in Cuba, Prados offers a new, transnational perspective on conflicts over dictatorship and democracy, which shaped the Caribbean in the decades that followed World War II. The book traces the roots of the ‘Caribbean Legion’, a transnational network of anti-dictatorial revolutionaries, before detailing how Castro and many of his allies in exile exploited this web during the struggle against Fulgencio Batista. Contacts in this network provided the Cuban revolutionaries with crucial military, financial, and diplomatic support from the democratic governments of José Figueres in Costa Rica, and Rómulo Betancourt in Venezuela, entangling the Cuban revolutionaries in a larger regional struggle between democratic regimes and military dictatorships. This transnational involvement shaped the revolutionary regime of 1959 and had far-reaching repercussions for the larger geopolitical dynamics in the region, and for the Cold War as a whole.

Nicolás Prados Ortiz de Solórzano is a doctoral candidate in History at the University of Oxford, UK. He is currently investigating the relationship between democracy and transnational revolutionary networks operating in Latin America and the Caribbean from the mid-1940s to the early 1960s.