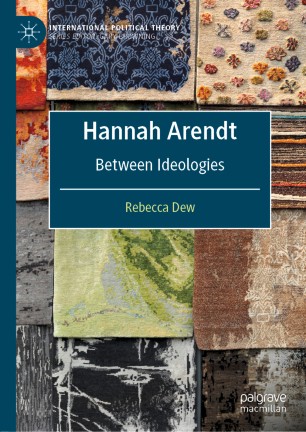 ‘With magisterial erudition and analytical elegance, Dew weaves the “critical threads” of Arendt’s ramified writings to provide a nuanced account of her “atypical existentialism” and critique of modernity. Two overarching claims emerge to challenge previous scholarship: Heidegger’s influence on Arendt’s thought is overrated and that it was rather Jaspers who exercised a seminal role in determining her philosophical and ethical horizons.’

This book presents an incisive survey of twentieth-century transatlantic ideational exchange. The author argues that German-American political thinker Hannah Arendt is to be distinguished not only from the French side of the existentialist movement, but singled out from Heidegger on the German side, as well. The primary feature of Arendt’s existentialism is its practicality in political terms; its acknowledgment of the vital need for viable public spaces of vocalization, action and interaction; its recommendation of councils, constitutions and other structural foundations for the visible presentation of politics; and the applicability of her view of political action to her estimation of authentic human living. Drawing from the work of Karl Jaspers as her primary exemplar, conclusions are made as to the degree to which Arendt’s existentialism, thereby identified as atypical, is to be assessed as postmodern without going so far as to declare her intellectual bent postmodernist.

Rebecca Dew has researched and published extensively on Hannah Arendt and the transatlantic exchange of ideas, including articles for journals such as Critical Horizons, History of European Ideas and Metodo, and an edited collection. She now serves as a Legislative Analyst for the Florida Senate.