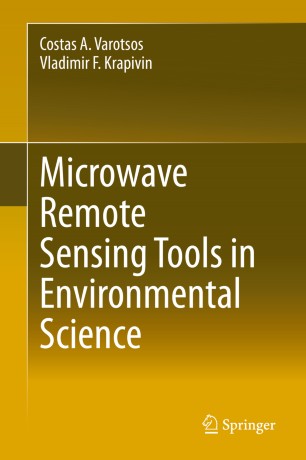 This book gives new insight to the study of the global environmental changes using the ecoinformatics and microwave remote sensing tools together with the adaptive-evolutionary technology of geoinformation monitoring. The main advantage of this book consists in the accumulation of the interdisciplinary scientific knowledge for the parameterization of the global biogeochemical cycles and other environmental processes in the context of globalization and sustainable development. In this regard, the crucial global problems of the dynamics of the climate-nature-society system have been considered and the key problems of ensuring its sustainable development have been addressed. An analysis of the present trend in changing ecological systems has been discussed, including different types of forest ecosystems and ocean aquatories. The emphasis has been given to the accomplishment of the global geoinformation monitoring, which could provide a reliable control of the environmental processes development with reliable prognostic estimates of the consequences of human activities. A new approach to the numerical modelling of the climate-nature-society system has been presented and demonstrative results have been given about the modelling of the dynamics of this system‟s characteristics, in cases of realization of some scenarios of the anthropogenic impacts to the biogeochemical cycles, the land ecosystems and oceans. Methods and algorithms for the big data manipulation and processing in the remote sensing environmental monitoring systems have been described.

Costas Varotsos is Professor of Atmospheric Physics and former Dean of the School of Science of the National and Kapodistrian University of Athens, Greece. His main research interests include remote sensing, climate dynamics, atmospheric physics & chemistry, environmental change, and non-linear processes. He has published more than 300 research papers in peer reviewed journals, 18 monographs and has contributed chapters to a further six books. He has coordinated or participated in more than 50 large international research competitive projects, funded by National, European and International Organizations (e.g. European Commission, ESA). He has been Editor-in-Chief, Editor and Associate Editor of several international journals with peer-review system. Since January 2020, he is Editor-in-Chief of the Remote Sensing Letters (T&F). He has received the gold A.S. Popov medal from the Russian A.S. Popov Society, the RADI Award from the Chinese Academy of Sciences, and the MOST/ESA Award. He has been awarded with the title of Honorary Professor from several Universities and Institutes.

Vladimir F. Krapivin was educated at the Moscow State University as mathematician in 1959. He received his PhD in radiophysics from the Kotelnikov Institute of Radioengineering and Electronics (KIRE) of Russian Academy of Sciences (RAS) in 1966. The Doctoral Dissertation in geophysics was defended him at the Moscow Institute of Oceanology of RAS in 1973. He became Full Professor of Radiophysics in 1987. The title “Honoured Worker of Science” was given to him in 1999 by Russian Government. He was appointed Grand Professor in 2012 at the Nguyen Tat Thanh University (Vietnam). Vladimir Krapivin is a full member of the Russian Academy of Natural Sciences. He has published 37 books and 570 papers in the field of ecoinformatics, remote-sensing and global modeling. At present time he is chief scientists of KIRE and he has specialized in investigating global environmental change by the application of modeling technology and remote sensing tools.