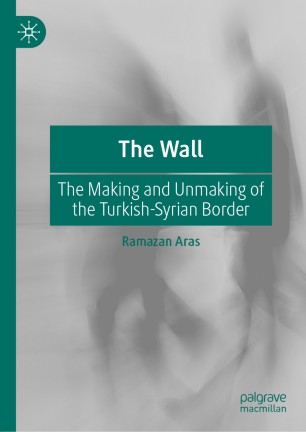 The Making and Unmaking of the Turkish-Syrian Border

“Aras has neatly shown how the anthropology of borders is alive, well, and still contributing to the global study of borders and frontiers… Aras’s own experiences of the border, combined with long-term research there, have brought to life how the people who live, work and cross the border on a regular basis will always find ways to subvert or circumvent it. As Aras also demonstrates, the wall of the Turkish-Syrian border can never hope to contain or divide borderlands that are a thriving zone of cultural contest, negotiation and innovation.”

"In today's world walls are coming down but also going up. One of the least known is the security wall which divides Kurdish community. In this book, Ramazan Aras uses political anthropology to show that the physical structures are not only a mindset, but also a tragedy. Crucial reading before the next construction project begins somewhere else in the world."

Through an anthropological analysis, this book uncovers life stories and testimonies that relate the processes of separation as a result of the constructed political borders of nation states newly founded on the inherited territories of the Ottoman Empire. As it recounts ruptured social, cultural, political, religious, and economic structures and autochthonous bonds, this work not only critically analyzes the making of the Turkish-Syrian border through an exploration of statist discourse, state practices and the state’s diverse apparatuses, but further analyzes the “unmaking” border practices of local subjects in the light of local Kurdish people’s counter perceptions, discourses, family histories, narratives, and daily practices—each of which can be interpreted as a practice of local defiance, resilience, and adaptation in everyday life.

Ramazan Aras is Associate Professor of Social and Cultural Anthropology at the Department of Sociology at Ibn Haldun University in Istanbul, Turkey.

“The book provides a comprehensive source for readers and researchers of anthropology and political sociology, specifically interested in the theories demonstrating the interrelated and interactive nature of structure and agency such as Anthony Giddens’ Structuration theory.” (Ayşe Işın Kirenci, Insight Turkey, Vol. 23 (1), 2021)