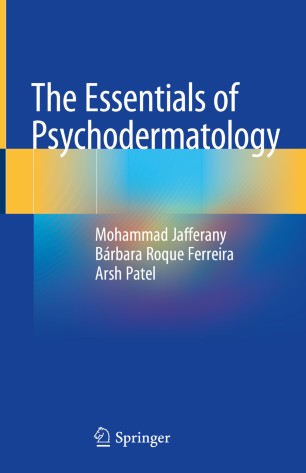 The Essentials of Psychodermatology

Patients with psychocutaneous disease may present to multiple professionals to seek care. The multidimensional nature of the conditions can lead to specialists being fearful of how to properly manage patients. For example, a dermatologist may be unfamiliar and uncomfortable with acquiring sensitive psychosocial information and a psychiatrist may not know management protocols of wound care related to the patient’s condition. With the basic information provided in The Essentials of Psychodermatology, healthcare providers can increase their comfort and become less hesitant when making decisions in determining the proper treatment course and assessing the need for referral.

This book provides vital information for a multidisciplinary audience to spark collaboration, increased awareness, and ultimately, improved patient-care and will find audience with: Healthcare providers from multiple diverse fields such as, but not limited to, family medicine, dermatology, and psychiatry; Physicians, physician’s assistants, nurses, psychologists, and students with exposure to patients with psychocutaneous conditions and/or a special interest in the field; and Professors, educators, and researchers with an interest in psychodermatology or interdisciplinary medicine.

Dr. Bárbara Roque Ferreira is a specialist in Dermatology, doing her clinical work in the Department of Dermatology, Centre Hospitalier de Mouscron, Belgium & Eurometropolis Lille - Kortrijk – Tournai, and she is an integrated member of the Centre for Philosophy of Science of the University of Lisbon, Portugal, concerning her interest in philosophy of mind.

Mr.  Arsh Patel is a medical student at Wake Forest School of Medicine. He is a research assistant at the Psychodermatology clinic at Jafferany Psychiatric Services and JPS Psychological Services. He attended the University of Michigan, Ann Arbor for his undergraduate studies and earned a B.S. with a dual-concentration in Biomolecualar Science and Drama. He completed his M.S. in Biomedical science at Wake Forest Graduate School. He has an interest in psychocutaneous medicine, integrative medicine, and the arts in healthcare. He is a student researcher involved in many interdisciplinary projects and is a presenter at various national conferences and symposia. He is a co-author in publications involving psychodermatologic conditions like skin picking disease and trichotillomania.