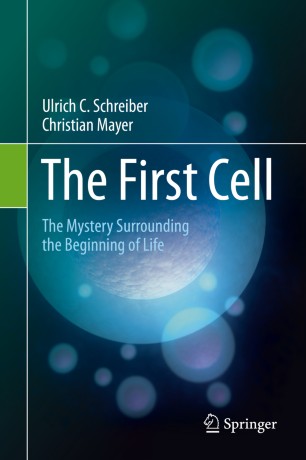 The Mystery Surrounding the Beginning of Life

This book introduces a fresh perspective on the conditions for the genesis of the first cell. An important possible environment of the prehistoric Earth has long been overlooked as a host to the perfect biochemical conditions for this process. The first complexes of continental crust on the early Earth must have already contained systems of interconnected cracks and cavities, which were filled with volatiles like water, carbon dioxide and nitrogen. This book offers insights into how these conditions may have provided the ideal physical and chemical setting for the formation of protocells and early stages of life.

The authors support their hypothesis with a number of astonishing findings from laboratory experiments focusing on a variety of organic compounds, and on the formation of key cellular ingredients and of primitive cell-like structures. Moreover, they discuss the principles of prebiotic evolution regarding the aspects of order and complexity. Guiding readers through various stages of hypotheses and re-created evolutionary processes, the book is enriched with personal remarks and experiences throughout, reflecting the authors' personal quest to solve the mystery surrounding the first cell.

Both authors are professors at the University of Duisburg-Essen since 1996. As a professor for Geology, Ulrich Schreiber did research on volcanism and tectonics, studies on gas permeable fault zones and hydrothermal systems. In 2003, he identified a connection between the locations of forest ant nests and gas permeable faults. The investigations of these faults ultimately led to a new model for the origin of life. The starting point here is supercritical CO2, which occurs in tectonic faults of the continental crust at depths of around 1000 m. Together with Christian Mayer, professor for Physical Chemistry, he conducted laboratory experiments that simulated the conditions of the continental crust. In the course of these experiments, Christian Mayer for the first time successfully demonstrated a chemical evolution of peptides in association with vesicles under real-world conditions. This in connection with the author's discoveries of organic chemical molecules in archaic hydrothermal quartz from Western Australia can be seen as evidence of complex prebiotic chemistry in the upper crust.