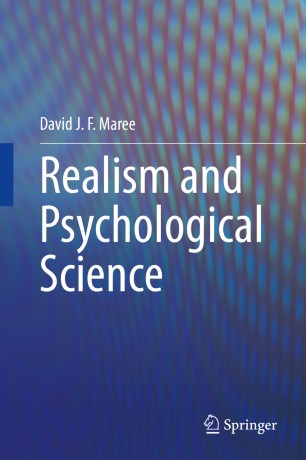 The book provides an argument why realism is a viable metatheoretical framework for psychological science.  By looking at some variations of realism such as scientific realism, critical realism, situational realism and Ferraris’ new realism, a realist view of science is outlined that can feature as a metatheory for psychological science. Realism is a necessary correction for the mythical image of science responsible for and maintained by a number of dichotomies and polarities in psychology. Thus, the quantitative-qualitative dichotomy, scientist-practitioner polarity and positivist-constructionist opposition feed off and maintains a mythic image of science on levels of practice, methods and metatheory. Realism makes a clear distinction between ontology and epistemic access to reality, the latter which easily fits with softer versions of constructionism, and the former which grounds science in resistance and possibility, loosely translated as criticism. By taking science as a critical activity an issue such as the quantitative imperative looses its defining force as a hallmark of science - it provides epistemic access to certain parts of reality. In addition, essentially critical activities characteristic of various qualitative approaches may be welcomed as proper science. Academics, professionals and researchers in psychology would find value in situating their scholarly work in a realist metatheory avoiding the pitfalls of traditional methodologies and theories.

Prof David Maree started working as a researcher in Traffic Research at the Human Sciences Research Council (HSRC) in 1987. He worked in the field of psychometrics specifically standardising psychomotor assessment tests and he was appointed as head of Traffic Research in 1995. In 1997 he became Director of the unit for T`est Development at the HSRC. In 1999 he moved to the University of Pretoria as full professor in the Department of Psychology. His duties included lecturing research methodology, cognitive psychology and statistics to graduate students. He was coordinator of the MA Research Psychology degree from 2000 to 2012.

Prof Maree is a registered Research Psychologist and a National Research Foundation (NRF) rated researcher. He acted as Head of Department of Philosophy in 2010/11 and was Head of the Department of Psychology from 2013 to 2016. He was chair of the Psychometrics committee of the Board of Psychology of the Health Professions Council of South Africa (HPCSA) and also was President for the Psychological Society of South Africa (PsySSA) in 2013.

He is currently working on the philosophy of psychological science and teaches research methods and psychometrics utilising Rasch modelling.