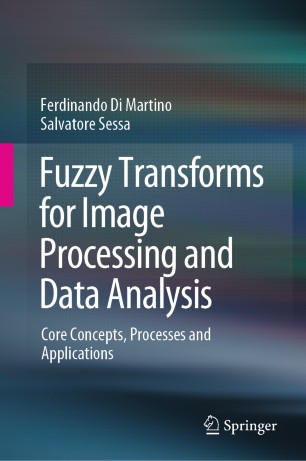 An F-transform in one variable is defined as an operator which transforms a continuous function f on the real interval [a,b] in an n-dimensional vector by using n-assigned fuzzy sets A1, … , An which constitute a fuzzy partition of [a,b]. Then, an inverse F-transform is defined in order to convert the n-dimensional vector output in a continuous function that equals f up to an arbitrary quantity ε. We may limit this concept to the finite case by defining the discrete F-transform of a function f in one variable, even if it is not known a priori. A simple extension of this concept to functions in two variables allows it to be used for the coding/decoding and processing of images. Moreover, an extended version with multidimensional functions can be used to address a host of topics in data analysis, including the analysis of large and very large datasets.

The robustness, ease of use, and low computational complexity of fuzzy transforms make them a powerful fuzzy approximation tool suitable for many computer science applications. This book presents methods and techniques based on the use of fuzzy transforms in various applications of image processing and data analysis, including image segmentation, image tamper detection, forecasting, and classification, highlighting the benefits they offer compared with traditional methods. Emphasis is placed on applications of fuzzy transforms to innovative problems, such as massive data mining, and image and video security in social networks based on the application of advanced fragile watermarking systems.

This book is aimed at researchers, students, computer scientists and IT developers to acquire the knowledge and skills necessary to apply and implement fuzzy transforms-based techniques in image and data analysis applications.