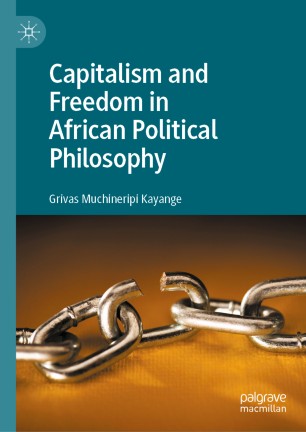 This book investigates ‘capitalism and freedom’—the guiding forces of many political systems—in African philosophy. It builds on classical and neoliberal capitalism rooted in private property and freedom, and argues for the presence of these elements in the traditional and modern African political systems. The author argues that while these elements are partly imported from Western capitalists, they are equally traceable in African traditional political systems. Kayange argues that African politics is marred by a conflict between embracing capitalism and freedom (individualism), on the one hand, and socialism founded on African communitarianism and communist ideas, on the other. This conflict has affected policy development and implementation, and has significantly contributed towards the socio-economic and ethical crises that are recurrent in most of the African countries.

Grivas Muchineripi Kayange is a Senior Lecturer and Dean-Faculty of Humanities at Chancellor College in the University of Malawi.