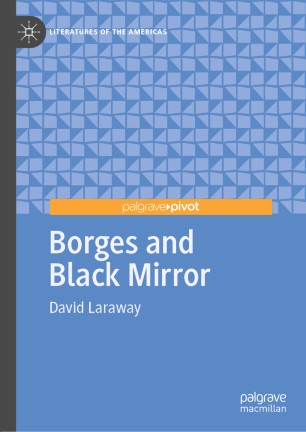 'A joy to read: smart, illuminating, humane. Neither Borges nor Black Mirror will ever be the same again.'
- Alf Seegert, Associate Professor, Department of English at University of Utah, USA
Borges and Black Mirror convenes a dialogue between one of the most influential writers of the twentieth century, the philosophical fabulist Jorge Luis Borges, and one of the most important writers and producers of the twenty-first century, Charlie Brooker, whose Black Mirror series has become a milestone in an age of “post-television” programming. The book’s introduction provides a detailed examination of the terms of engagement of Borges and Brooker and each of the chapters explores in a sustained way the resonances and affinities between one particular story by Borges and one particular episode of Black Mirror. The result is a series of essays that locate Brooker’s work with respect to a rich literary and philosophical tradition on the one hand and, on the other, demonstrate the relevance of Borges’s work for anyone who wishes to understand one of our most emblematic cultural artifacts in the age of Netflix.

David Laraway received a PhD in Romance Studies from Cornell University, USA, and a second PhD in Philosophy, Art, and Social Thought at the European Graduate School, Switzerland. He is co-author of Árbol de imágenes: breve historia de la poesía hispanoamericana (2007) and author of American Idiots: Outsider Music, Outsider Art, and the Philosophy of Incompetence (2018). He teaches at Brigham Young University, USA.