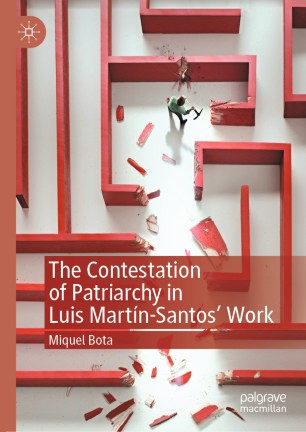 The Contestation of Patriarchy in Luis Martín-Santos' Work

This book proposes that Spanish author Luis Martín-Santos’ work focuses on the effects of patriarchy and hegemonic masculinity on men, to actively contribute to freeing both men and women from the yoke of patriarchy. It aims for a new resonance of Luis Martín-Santos. It analyzes the influence of Heidegger, Freud and Sartre in Martín-Santos’ psychiatric essays and his fictional works: the novel Tiempo de silencio (Time of Silence), the collection of short stories Apólogos, and the posthumous fragment Tiempo de destrucción (Time of Destruction). It demonstrates that alongside the political critique of Franco’s dictatorship, Martín-Santos’ creative writings are an attempt to destroy the prevalent masculine myths of Western patriarchy, and a proposal to create new myths for the future.

USA. He received his Ph.D. from Stanford University, USA, in Iberian and Latin

American Cultures, and holds an M.A. from Queen’s University, Canada. His

publications include articles on misunderstood, misrepresented or forgotten