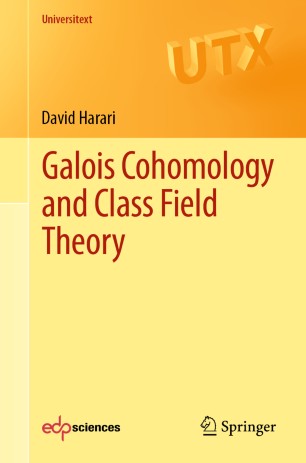 This graduate textbook offers an introduction to modern methods in number theory. It gives a complete account of the main results of class field theory as well as the Poitou-Tate duality theorems, considered crowning achievements of modern number theory.

Assuming a first graduate course in algebra and number theory, the book begins with an introduction to group and Galois cohomology. Local fields and local class field theory, including Lubin-Tate formal group laws, are covered next, followed by global class field theory and the description of abelian extensions of global fields. The final part of the book gives an accessible yet complete exposition of the Poitou-Tate duality theorems. Two appendices cover the necessary background in homological algebra and the analytic theory of Dirichlet L-series, including the Čebotarev density theorem.

Based on several advanced courses given by the author, this textbook has been written for graduate students. Including complete proofs and numerous exercises, the book will also appeal to more experienced mathematicians, either as a text to learn the subject or as a reference.

David Harari is a professor at the Université Paris-Sud (Orsay). He is a specialist in arithmetic and algebraic geometry, author of 40 research papers in these fields.