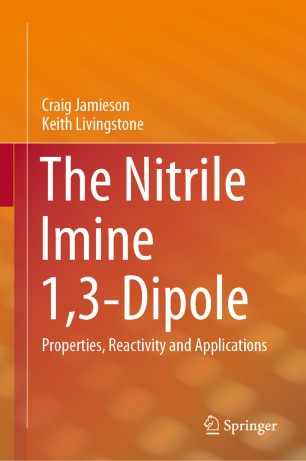 This book provides a comprehensive overview of the nitrilimine 1,3-dipole, from its initial discovery in 1959 to the most recent publications. Covering topics such as the core properties of the dipole and the various methods of synthesis available, it particularly highlights the diverse reactivity profile of the nitrilimine and its numerous applications in bioorthogonal and materials chemistry. The book is of interest to academic and industrial researchers working in this area and to those new to the field.

Keith Livingstone completed his M.Chem in Chemistry with Drug Discovery at the University of Strathclyde (2016) under the supervision of Dr Craig Jamieson. Keith remained at Strathclyde and is currently in the final year of his doctoral studies with Dr Jamieson, which have also included two short research secondments at GlaxoSmithKline Medicines Research Centre Stevenage, and with Prof Ryan Gilmour at the Westfälische Wilhelms-Universität Münster.