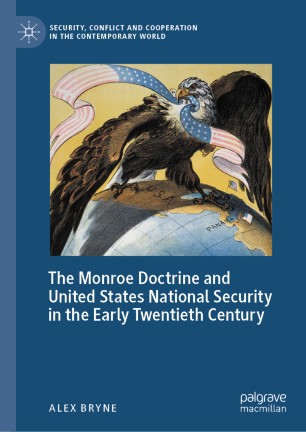 This book demonstrates that during the early twentieth century, the Monroe Doctrine served the role of a national security framework that justified new directions in United States foreign relations when the nation emerged as one of the world’s leading imperial powers. As the United States’ overseas empire expanded in the wake of the Spanish-American War, the nation’s decision-makers engaged in a protracted debate over the meaning and application of the doctrine, aligning it to two antithetical core values simultaneously: regional hegemony in the Western Hemisphere on the one hand, and Pan-Americanism on the other. The doctrine’s fractured meaning reflected the divisions that existed among domestic perceptions of the nation’s new role on the world stage and directed the nation’s approach to key historical events such as the acquisition of the Philippines, the Mexican Revolution, the construction of the Panama Canal, the First World War, and the debate over the League of Nations.

Alex Bryne is a historian of United States foreign relations. He received his PhD from the University of Nottingham, UK, in 2017 and has published research articles in Diplomacy & Statecraft and the Journal of the Gilded Age and Progressive Era.