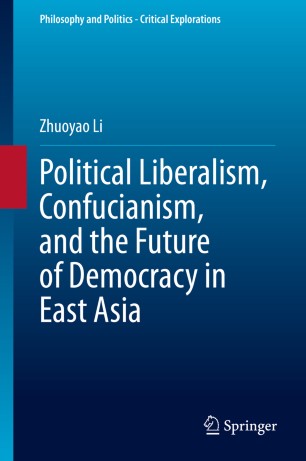 Political Liberalism, Confucianism, and the Future of Democracy in East Asia

This book contributes to both the internal debate in liberalism and the application of political liberalism to the process of democratization in East Asia. Beyond John Rawls’ original intention to limit the scope of political liberalism to only existing and well-ordered liberal democracies, political liberalism has the potential to inspire and contribute to democratic establishment and maintenance in East Asia. Specifically, the book has two main objectives. First, it will demonstrate that political liberalism offers the most promising vision for liberal democracy, and it can be defended against contemporary perfectionist objections. Second, it will show that perfectionist approaches to political Confucianism suffer from practical and theoretical difficulties. Instead, an alternative model of democracy inspired by political liberalism will be explored in order to achieve a multivariate structure for citizens to come to terms with democracy in their own ways, to support a neutral state that ensures the establishment and stability of democracy, and to maintain an active public role for Confucianism to prevent it from being banished to the private sphere. This model represents a more promising future for democracy in East Asia.

Zhuoyao Li is assistant professor of philosophy at St. John’s University. He received his Ph.D. in philosophy from Boston College, where he studied social and political philosophy, ethics, philosophy of law, and philosophy of economics. His main research interests are contemporary debates between political liberalism and liberal perfectionism, the implications of political liberalism in non-liberal societies, as well as comparative philosophy and political theory. His works on these topics have appeared in the Review of Politics, Philosophy East and West, Ethics & Global Politics, among other publications. He also serves as the managing editor of Philosophy & Social Criticism.