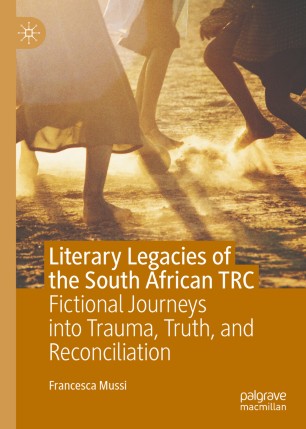 Since the 1970s, truth and reconciliation commissions have become increasingly popularised as options for addressing historical injustices, especially within the context of dictatorial regimes. Of the many truth commissions to date, the South African TRC has been the one that has captured public attention throughout the world, providing a model for subsequent truth commissions. The South African TRC has also constituted and still constitutes an intriguing source for writing. Literary Legacies of the South African TRC explores the capacities of fiction for providing the TRC and people’s testimonies with a productive afterlife, for challenging definitions of trauma, truth and reconciliation, for inviting readers to keep the dialogue about the past open, and to think actively about the strategies adopted in addressing that past and their implications in the present. It explores these capabilities as evidenced in the work of a wide range of writers, some known to international Anglophone readers including J.M. Coetzee and Nadine Gordimer, some less well-known, including Afrikaans-language novelist Marlene van Niekerk, and others from a new generation including Marli Roode, Kopano Matlwa, and Thando Mgqolozana.

The book aims to contribute to discourses of trauma, truth-telling, and reconciliation from a literary perspective, as well as placing emphasis on the profound interconnection between fiction, history, and trauma in conflict and post-conflict areas such as South Africa.

Francesca Mussi is a Leverhulme Early Career Fellow at Northumbria University, UK. She has published on the intersections between literature and the South African TRC. Her research interests include gender, trauma and postcolonial studies, transitional justice, and Indigenous storytelling, especially within the context of South Africa and Canada.