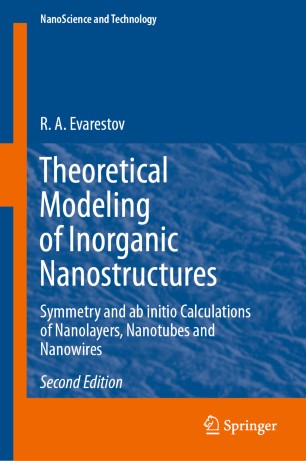 Symmetry and ab initio Calculations of Nanolayers, Nanotubes and Nanowires

Robert A. Evarestov graduated from St. Petersburg State University with a degree in Theoretical Physics in 1960, and received his Ph.D. in Theoretical Physics from the same university in 1964 (supervisor Prof. Marija Petrashen, coworker of Academician V.A.Fock). In 1977 he completed his postdoctoral degree with a thesis on “Molecular models in the electronic structure theory of crystals.” He has worked at the Department of Quantum Chemistry of St. Petersburg State University since 1968, and became a Professor there in 1979. From 1990 to 1994, he was Director of the Chemistry Institute, and from 1994 to 1998 he was the First Vice Rector of St. Petersburg State University. Since 1999 he has been the Head of the university’s Department of Quantum Chemistry.

He is a Foreign Member of the Latvian Academy of Science (from 2005), and a recipient of the Humboldt Foundation Award (1998). He has published over 300 papers indexed in WOS and has been cited more than 3500 times. His Hirsh index is 31 (Web of Science data, January 2020).