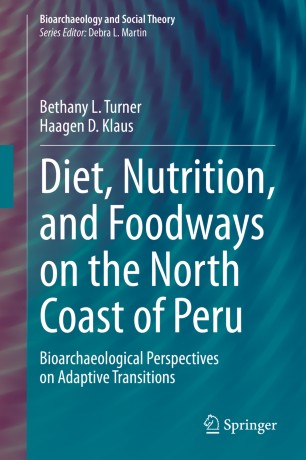 Diet, Nutrition, and Foodways on the North Coast of Peru

The Spanish invasion and colonization of Andean South America left millions dead, landscapes transformed, and traditional ways of life annihilated. However, the nature and magnitude of these changes were far from uniform. By the time the Spanish arrived, over four millennia of complex societies had emerged and fallen, and in the 16th century, the region was home to the largest and most expansive indigenous empire in the western hemisphere.

Decades of Andean archaeological and ethnohistorical research have explored the incredible sophistication of regional agropastoral traditions, the importance of food and feasting as mechanisms of control, and the significance of maritime economies in the consolidation of complex polities. Bioarchaeology is particularly useful in studying these processes. Beyond identifying what resources were available and how they were prepared, bioarchaeological methods provide unique opportunities and humanized perspectives to reconstruct what individuals actually ate, and whether their diets changed within their own lifespans.

Dr. Bethany L. Turner received her PhD in Anthropology from Emory University. She has published 20 peer-reviewed papers and 9 book chapters in social bioarchaeology, geochemical bioarchaeology, and the anthropology of food and diet, including 1 with Springer. Her work has been funded by the National Science Foundation and the Wenner Gren Foundation for Anthropological Research. She has also served as an Associate Editor for Journal of Archaeological Science since 2018. She is currently an Associate Professor in the Anthropology Department at Georgia State University in Atlanta, Georgia.

Dr. Haagen D. Klaus received his Ph.D. in anthropology from The Ohio State University in 2008. Since 2002, he has directed the Lambayeque Valley Biohistory Project in Peru, funded in part by the National Science Foundation, the Wenner-Gren Foundation, and the National Geographic Society. He has previously co-edited three volumes and two special issues of the International Journal of Paleopathology, and has authored or co-authored 23 journal articles and 25 book chapters on diverse topics, from the diagnosis of diverse infectious and metabolic diseases in human skeletal remains to paleodiet, funerary archaeology, colonialism, biological distance analysis, and ritual violence. He is currently an associate professor of anthropology in the Department of Sociology and Anthropology at George Mason Unviersity in Fairfax, Virginia.