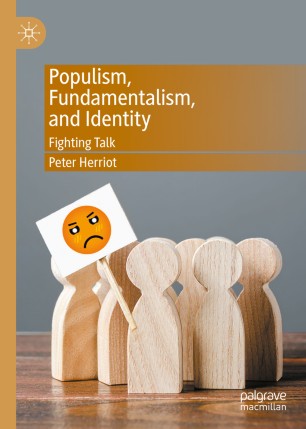 What can populism and fundamentalism possibly have in common? Peter Herriot argues that contrary to their apparent differences, these human phenomena are similar in two basic respects. First, they are both reactions against the complexities of the modern world in general, and its current crisis in particular. They propose instead a return to a mythical golden age, supposedly marked by purity and simplicity. Second, they both work in the same way psychologically. Using social identity theory, Herriot shows how both populism and fundamentalism create constant conflict by contrasting a virtuous ‘Us’ with a stereotypically evil ‘Them’. Contemporary case studies illustrate this process at work, and Herriot raises various issues as a basis for discussion, and concludes with hope.

Peter Herriot was Professor of Organizational Psychology in the UK. Since retirement he has applied social and organizational psychology to religious fundamentalism, having himself been brought up in a fundamentalist family. His recent books include Religious Fundamentalism: Global, Local, and Personal (2008) and The Open Brethren: A Christian Sect in the Modern World (2018).