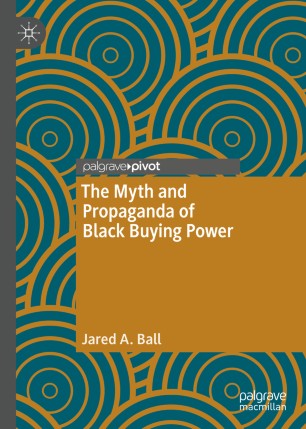 The Myth and Propaganda of Black Buying Power

This Palgrave Pivot offers a history of and proof against claims of "buying power" and the impact this myth has had on understanding media, race, class and economics in the United States. For generations Black people have been told they have what is now said to be more than one trillion dollars of "buying power," and this book argues that commentators have misused this claim largely to blame Black communities for their own poverty based on squandered economic opportunity. This book exposes the claim as both a marketing strategy and myth, while also showing how that myth functions simultaneously as a case study for propaganda and commercial media coverage of economics. In sum, while “buying power” is indeed an economic and marketing phrase applied to any number of racial, ethnic, religious, gender, age or group of consumers, it has a specific application  to Black America.

Jared A. Ball is Professor of Communication Studies at Morgan State University, USA. He is the curator of imixwhatilike.org, an online hub of multimedia dedicated to the philosophies of emancipatory journalism and revolutionary beat reporting.