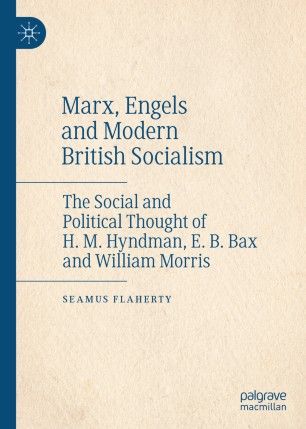 The Social and Political Thought of H. M. Hyndman, E. B. Bax and William Morris

This book is a reception study of Karl Marx’s and Friedrich Engels’ ideas in Britain during the late nineteenth century and a revisionist account of the emergence of modern British socialism. It reconstructs how H. M. Hyndman, E. B. Bax, and William Morris interacted with Marx and ‘Marxism’. It shows how Hyndman was a socialist of liberal and republican provenance, rather than the Tory radical he is typically held to be; how Bax was a sophisticated thinker and highly influential figure in European socialist circles, rather than a negligible pedant; and it shows how Morris’s debt to Bax and liberalism has not been given its due. It demonstrates how John Stuart Mill, in particular, was combined with Marx in Britain; it illuminates other liberal influences which help to explain the sectarian attitude adopted by the Social Democratic Federation towards organised labour; and it establishes an alternative genealogy for Fabian socialism.

Seamus Flaherty is an independent scholar. He has taught widely across modern history and the history of ideas, and he has published his research in the History of European Ideas, Modern Intellectual History and The English Historical Review.