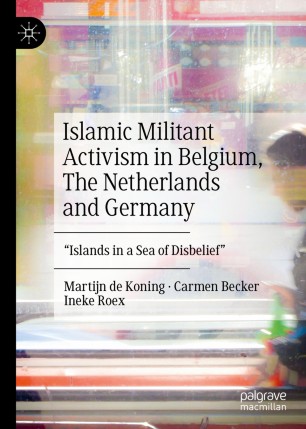 Islamic Militant Activism in Belgium, The Netherlands and Germany

"Islands in a Sea of Disbelief"

Based on ethnographic research in Belgium, The Netherlands, and Germany, this book presents a novel approach to studying Muslim militant activism. While much existing research focuses on the process of radicalization, these authors introduce a different set of questions that investigate specific modes of activism, and their engagement with dominant discourses and practices in media and state policies. Drawing on social movement theory and Foucault’s work on counter-conduct, this research explores how daʿwa networks came about, and how activists developed themselves in interaction with state and media practices. This perspective highlights a form of activism and resistance in which activists turn against policies and debates centring on Muslims and Islam, while attempting to create and protect an alternative space for themselves in which they can experience Islam according to their own perception of it.

The study will contribute to debates about resistance, social movements and militant activism among Muslims in Europe.

Martijn de Koning is Postdoctoral Researcher and Lecturer at Radboud University Nijmegen and the University of Amsterdam, The Netherlands.

Ineke Roex is Head of the Research Department of NTA Consultancy, and previously Postdoctoral Researcher at the University of Amsterdam, The Netherlands.