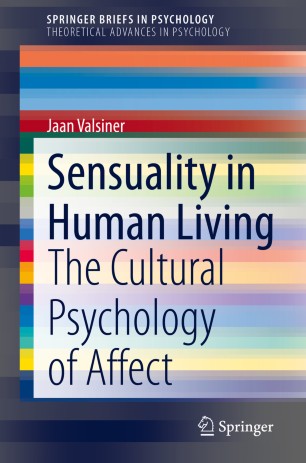 The Cultural Psychology of Affect

This book is a theoretical account for general psychology of how human beings meaningfully relate with their bodies-- from the basic physiological processes upwards to the highest psychological functions of religiosity, ethical reasoning, and devotional practices.  It unites art and science into a new theory of affective synthesis that human minds are constantly involved in their everyday life worlds.

Jaan Valsiner is a cultural psychologist with a consistently developmental axiomatic base that is brought to analyses of any psychological or social phenomena. He is the founding editor (1995) of the Sage journal, Culture & Psychology. From 2013 to 2018 he was the Niels Bohr Professor of Cultural Psychology at Aalborg University, Denmark where he continues his research on cultural psychology, in combination with collaboration with University of Luxembourg and Sigmund Freud Privatuniversität Wien in Austria and in Berlin. He has published and edited more than 40 books, the most pertinent of which are The guided mind (Cambridge, Ma.: Harvard University Press, 1998),  Culture in minds and societies (New Delhi: Sage, 2007), Invitation to Cultural Psychology (London: Sage, 2014) and Ornamented Lives (Charlotte, NC: Information Age Publishers, 2018).  He has been awarded the Alexander von Humboldt Prize of 1995 in Germany, and the Hans-Kilian-Preis of 2017, for his interdisciplinary work on human development. Previously while working in the United States he was a recipient of a Senior Fulbright Lecturing Award in Brazil 1995-1997. He has been a visiting professor in Brazil, Japan, Australia, Estonia. Germany, Italy, Luxembourg, United Kingdom, and the Netherlands.  Since 2017 he is a Foreign Member of the Estonian Academy of Sciences.