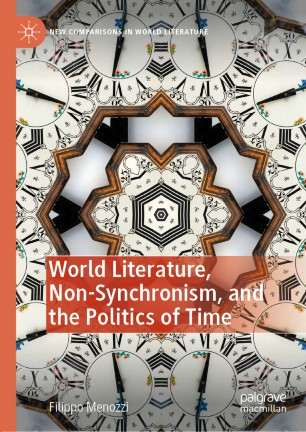 World Literature, Non-Synchronism, and the Politics of Time

Drawing on a Marxist concept of world literature, this book is a study of the manipulations of time in contemporary anglophone fiction from Africa and South Asia. Through critical work and literary reading, this research explores the times other than the present that seem to haunt an era of capitalist globalisation: nostalgic feelings about bygone ideals of identity and community, appeals to Golden Ages, returns of the repressed and anxious anticipations of global extinction and catastrophe. The term non-synchronism explored in this book captures these dislocations of the present, while offering a critical lens to grasp the politics of time of an era marked by the continuing expansion of capitalist modernity. Most importantly, non-synchronism is a dialectical paradigm charged with antagonistic political valences. The literary analysis presented in the volume hence connects the literary manipulation of time to discourses on extinction, accumulation, nostalgia, modernity and survival in global politics and literature.

Filippo Menozzi (PhD, Kent) is Lecturer in postcolonial and world literature at Liverpool John Moores University, UK. He is the author of Postcolonial Custodianship: Cultural and Literary Inheritance (2014), and his work has appeared in journals such as New Formations and Historical Materialism. In 2019, he was awarded a Teaching Excellence Award.

“What is the relation between capital and literature, even more precisely between world literature and the capitalist world market? Joining a lively Marxist debate on the temporal structures of capitalism, Filippo Menozzi uses the notion of non-synchronism to tackle these questions. World literature becomes in this book a register of the heterogeneous constitution of capital’s time, which allows describing its regime of domination while at the same time shedding light on unexpected potentialities of liberation. This is a remarkable book, a must-read for scholars of literature and a challenging work for anyone interested in a critical understanding of capitalism.” (Professor Sandro Mezzadra, University of Bologna (Italy))

“In his superb book World Literature, Non-Synchronism, and the Politics of Time, Filippo Menozzi repositions the idea of non-synchronism in the materialist tradition beyond both teleology and relativism. Menozzi’s book is a crucial contribution to the current discussions on time, globalization, post-colonial studies, and world literature. Menozzi brilliantly shows not only how non-synchronism characterizes the unevenness of the social whole in capitalist globalization but also how it can constitute a new way of thinking emancipatory politics.” (Professor Massimiliano Tomba, University of California Santa Cruz, USA)