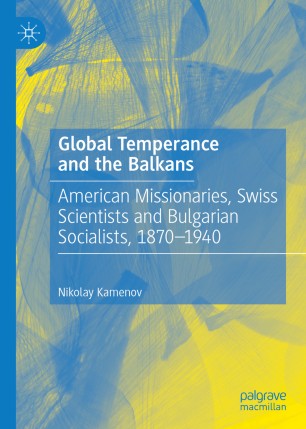 Global Temperance and the Balkans

This book examines the local manifestation of the global temperance movement in the Balkans. It argues that regional histories of social movements in the modern period could not be sufficiently understood in isolation. Moreover, the book argues that broad transformations of social movements – for example, the power centers associated with moral/religious temperance and the later, scientifically based anti-alcohol campaigns – are more easily identifiable through a detailed regional study. For this purpose, the book begins by sketching the historical development as well as the main historiographical themes surrounding the worldwide temperance movement. The book then zooms in on the movement in the Balkans and Bulgaria in particular. American missionaries founded the temperance movement in the closing decades of the nineteenth century. The interwar period, however, witnessed the proliferation of new, professional organizations. The book discusses the various branches as well as their international and political affiliations, showing that the anti-alcohol reform movement was one of the most important social movements in the region.