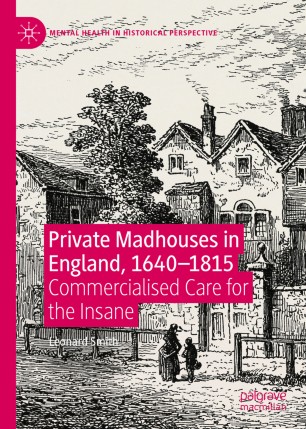 Commercialised Care for the Insane

This book examines the origins and early development of private mental health-care in England, showing that the current spectacle of commercially-based participation in key elements of service provision is no new phenomenon. In 1815, about seventy per cent of people institutionalised because of insanity were being kept in private ‘madhouses’. The opening four chapters detail the emergence of these madhouses and demonstrate their increasing presence in London and across the country during the long eighteenth century. Subsequent chapters deal with specific aspects in greater depth - the insane patients themselves, their characteristics, and the circumstances surrounding admissions; the madhouse proprietors, their business activities, personal attributes and professional qualifications or lack of them; changing treatment practices and the principles that informed them. Finally, the book explores conditions within the madhouses, which ranged from the relatively enlightened to the seriously defective, and reveals the experiences, concerns and protests of their many critics.

“His meticulous research unearths a rich array of publications, print sources, parliamentary evidence, and newspapers, while his close scouring of local archives has produced a mass of detailed evidence across the country with which to compare and contrast provision in different localities. … Smith’s analysis is both readable and well informed as he unpicks the emergence of the trade of lunacy in meticulous detail … concentrated predominantly in the East End, with the various provincial districts of England.” (Hilary Marland, Journal of British Studies, Vol. 60 (2), April, 2021)