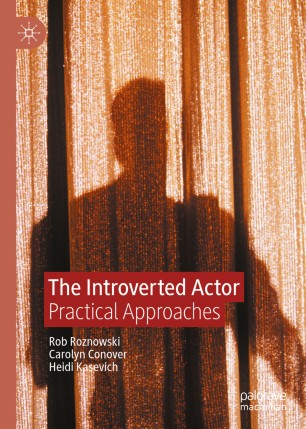 Do you have to be an extrovert to succeed as an actor? This book offers ideas to create inclusive acting environments where the strengths of the introverted actor are as valued as those of their extroverted counterparts. As this book shows, many introverts are innately drawn to the field of acting, but can often feel inferior to their extroverted peers. From the classroom to professional auditions, from rehearsals to networking events, introverted actors tell their stories to help other actors better understand how to leverage their natural gifts, both onstage and off.  In addition, The Introverted Actor helps to reimagine professional and pedagogical approaches for both actor educators and directors by offering actionable advice from seasoned psychology experts, professional actors, and award-winning educators.

Rob Roznowski is a Professor at Michigan State University, USA, where he is the Head of Acting and Directing. Rob has acted and directed across the globe and was the former National Outreach and Education Coordinator for the Actors’ Equity Association. He is also the author of numerous books, articles, and plays.
Carolyn Conover is an Assistant Professor of Drama at Jacksonville State University, Jacksonville, USA. She holds an M.F.A. in Theatre from Michigan State University. Carolyn has contributed to two other acting books: Inner Monologue in Acting (2013) and Roadblocks in Acting (2017).
Heidi Kasevich earned her PhD from New York University, USA, and is Founder of Kase Leadership Method, where she is a Quiet Empowerment Educator and Coach. A national keynote speaker, she works with schools and companies to foster inclusive environments where introverts can thrive. Heidi has served as Educational Director at Quiet Revolution, and History Chair and Leadership Program Designer at several schools and universities in New York City.