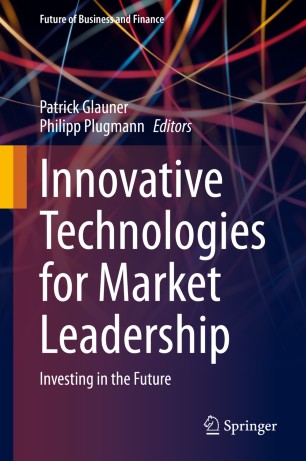 Investing in the Future

Part of the Future of Business and Finance book series (FBF)

This book introduces the reader to the latest innovations in fields such as artificial intelligence, systems biology or surgery, and gives advice on what new technologies to consider for becoming a market leader of tomorrow. Companies generally acquire information on these fields from various sources such as market reports, scientific literature or conference events, but find it difficult to distinguish between mere hype and truly valuable innovations. This book offers essential guidance in the form of structured and authoritative contributions by experts in innovative technologies spanning from biology and medicine to augmented reality and smart power grids. The authors identify high-potential fields and demonstrate the impact of their technologies to create economic value in real-world applications. They also offer business leaders advice on whether and how to implement these new technologies and innovations in their companies or businesses.

Prof. Dr. Patrick Glauner is the Founder & CEO of skyrocket.ai GmbH, an artificial intelligence consulting firm based in Bavaria, Germany. In parallel, he is Full Professor of Artificial Intelligence at Deggendorf Institute of Technology, a position he is honored to hold since the age of 30. His research on AI was featured in New Scientist and cited by McKinsey and others. He is also Area Editor of the International Journal of Computational Intelligence Systems (IJCIS). Previously, he held managerial positions at the European Organization for Nuclear Research (CERN), at Krones Group and at Alexander Thamm GmbH. He studied at Imperial College London and also holds an MBA. He is an alumnus of the German National Academic Foundation (Studienstiftung des deutschen Volkes).

Prof. Dr. Dr. Philipp Plugmann has been doing multidisciplinary work for the last 20 years in parallel to practicing as a dentist in his own clinic in Leverkusen, Germany. He is also Full Professor for Interdisciplinary Periodontology and Prevention at SRH University of Applied Health Sciences. His first book on innovation in medical technology published in 2011 was reviewed by Cisco. His second book on innovation published with Springer in 2018 got more than 50,000 chapter downloads in its first fifteen months. Previously, he held multiple adjunct faculty appointments for more than twelve years and has won multiple teaching awards. He also holds an MBA, a MSc in Business Innovation, a MSc in Periodontology and Implant Therapy (DGParo) and is currently pursuing his third doctorate. Plugmann has given research talks in the field of innovation at Conferences at Harvard Business School, Berkeley Haas School of Business, Max Planck Institute for Innovation and Competition, and Nanyang Tech University, Singapore. Plugmann is a serial entrepreneur and advisor to several companies, including a global technology consultancy - DataArt.