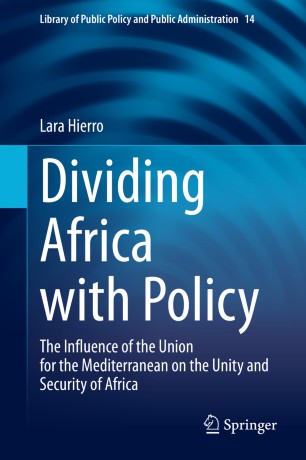 This book addresses timely concerns of rising African nationalism and the 2nd decolonisation in Africa. The wholesale rejection of all things considered ‘Western’ is seen to be a result of ‘integrationalism’, defined as the specific kind of methodology by which EU foreign policy engagement may be interpreted. Using complexity theory and panarchy, a specific arrangement of interacting complex adaptive systems together with a ‘resilience assessment’, the EU’s foreign policy is shown to be undermining the aims of the premier African institution, the AU, created to provide unity and security on the continent: the EU pursues these objectives in its own image rather than honouring African values.
This book raises awareness of these issues, as well as to widen the application of the theoretical framework in international relations and politics, which is becoming increasingly important in a complex world. The aim of this book is to show that the negative isolationism pursued in order to counteract western influence is not the answer and can be avoided through this awareness.

Dr Lara Hierro is a former post-doctoral research fellow at the NRF Chair in African Diplomacy and Foreign Policy at the University of Johannesburg (UJ), South Africa. She holds a post-graduate diploma in international studies from Rhodes University, South Africa, a MA in international relations from the University of the Witwatersrand, South Africa, and a DLitt et Phil in political studies from UJ. Her research areas include EU foreign policy towards Africa (particularly the Joint Africa-EU Strategy), and the Union for the Mediterranean, international relations and complexity studies.