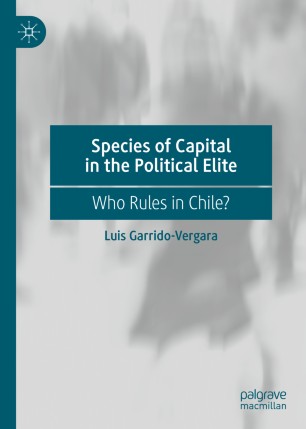 Species of Capital in the Political Elite

Who Rules in Chile?

Although sociological research has examined the reproduction of Chile’s elites, there is little empirical evidence as to how different forms of capital operate within them. Based on a survey of the country’s elites, this study examines the effect of different forms of capital (cultural, social and political) on access to strategic positions in the legislative and executive branches of government. It focuses on the political elite between 1990, when military dictator Augusto Pinochet handed over the presidency to Patricio Aylwin, his democratically elected successor, and 2010, the end of President Michelle Bachelet’s first government. At least three points are germane to this analysis: (1) understanding the nature of the party elites during the political transition; (2) describing and explaining the main aspects of the party elites’ background and social resources, including their family networks (independent variables); and (3) exploring the effect of those variables on individuals’ chances of achieving strategic positions in the political field, comparing the legislative and executive branches as represented by deputies and ministers (dependent variable).

Luis Garrido-Vergara is Assistant Professor at the Department of Public Policy and Management at the University of Santiago, Chile (USACH). He received his Ph.D. in Sociology from the University of Cambridge, UK. His research interests are political elites, public policy, public administration, network analysis, quantitative and qualitative research, local governments and democratization processes in Latin America.