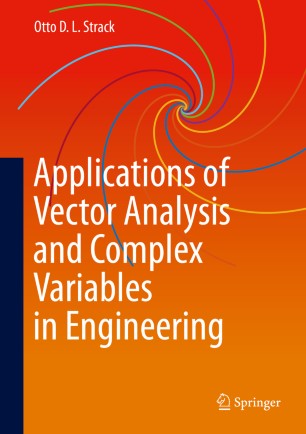 Applications of Vector Analysis and Complex Variables in Engineering

Dr. Strack received his PhD from the Technical University of Delft, the Netherlands, in 1973. He joined the Department of Civil Engineering of the University of Minnesota in 1974, where he is currently a professor. Dr. Strack is the original developer of the Analytic Element Method, which is a popular method in groundwater modeling. He is the author of the textbook Groundwater Mechanics (Prentice-Hall, 1989) and the textbook Analytical Groundwater Mechanics (Cambridge University Press, 2017), and a chapter on basic groundwater flow equations in Wiley’s forthcoming Water Encyclopedia. He has authored 44 refereed papers in major journals, is the third recipient of the Lifetime Achievement Award, granted by the Minnesota Groundwater Association, and is a correspondent (foreign  member) of the Royal Dutch Academy of Sciences. He is the author of the computer programs SLAEM and MLAEM, used for describing groundwater flow.

Professor Strack has taught groundwater flow and mathematics for engineers for over 45 years and has many years of experience as a consultant.