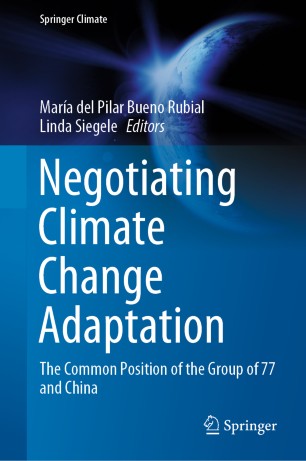 The Common Position of the Group of 77 and China

This book discusses the history of the Group of 77 and China’s negotiating position on adaptation to climate change in the context of the United Nations Framework Convention on Climate Change (UNFCCC). It also addresses a number of questions that have arisen, such as: What was the process for constructing a collective position of the G77 and China on adaptation? Why is it worthwhile to negotiate in a group of such dimensions? What are the incentives for reaching the broadest common position on adaptation? What is the role of the leading coordinators, and how is this linked to the rotating annual Presidency of the G77 and China? And, how do the subgroups of the G77 participate in reaching this general position?

Written by former and current adaptation negotiators from developing countries, the book offers various perspectives from the subgroups and leading coordinators of the G77 and China as well as other organizations. Furthermore, in contrast to previous analyses on climate change negotiations, which focus mainly on the behaviour or position of one group, it presents a unique approach based on the strength of collectivism in the G77 and China.

The book appeals to practitioners and professionals as well as scientists in climate change management and policy, impacts and adaptation, international relations, as well as diplomacy and development.