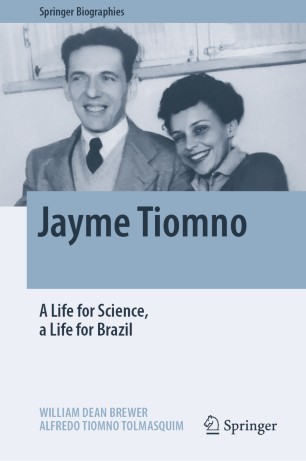 A Life for Science, a Life for Brazil

Jayme Tiomno (1920-2011) was one of the most influential Brazilian physicists of the 20th century, interacting with many of the renowned physicists of his time, including John Wheeler and Richard Feynman, Eugene Wigner, Chen Ning Yang, David Bohm, Murray Gell-Mann, Remo Ruffini, Abdus Salam, and many others.

This biography tells the sometimes romantic, often discouraging but finally optimistic story of a dedicated scientist and educator from a developing country who made important contributions to particle physics, gravitation, cosmology and field theory, and to the advancement of science and of scientific education, in many institutions in Brazil and elsewhere. Drawing on unpublished documents from archives in Brazil and the US as well as private sources, the book traces Tiomno's long life, following his role in the establishment of various research facilities and his tribulations during the Brazilian military dictatorship. It presents a story of progress and setbacks in advancing science in Brazil and beyond, and of the persistence and dedication of a talented physicist who spent his life in search of scientific truth.

Alfredo Tiomno Tolmasquim: born 1960 in Brazil. Chemical Engineer, doctorate in Communications and Culture, with postdoctoral work at the Edelstein Center for the History and Philosophy of Science, Technology and Medicine of the Hebrew University, Jerusalem; visiting scholar at the Max Planck Institute for the History of Science, and the Advanced Studies Institute at the Hebrew University, Jerusalem. Researcher at the Museum of Astronomy and Related Sciences, Rio de Janeiro, where he was Director from 2003 to 2011. Currently Director of Scientific Development at the Museum of Tomorrow, also in Rio de Janeiro.