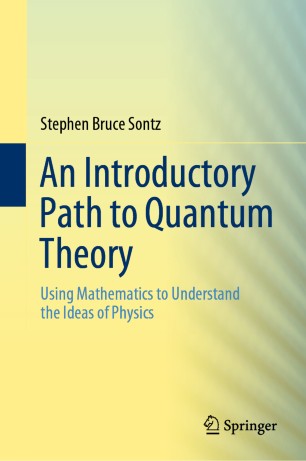 An Introductory Path to Quantum Theory

Using Mathematics to Understand the Ideas of Physics

Since the 17th century, physical theories have been expressed in the language of mathematical equations. This introduction to quantum theory uses that language to enable the reader to comprehend the notoriously non-intuitive ideas of quantum physics.

The mathematical knowledge needed for using this book comes from standard undergraduate mathematics courses and is described in detail in the section Prerequisites. This text is especially aimed at advanced undergraduate and graduate students of mathematics, computer science, engineering and chemistry among other disciplines, provided they have the math background even though lacking preparation in physics. In fact, no previous formal study of physics is assumed.