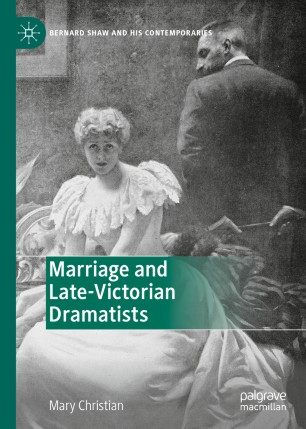 This book examines plays produced in England in the 1890s and early 1900s and the ways in which these plays responded to changing perceptions of marriage. Bernard Shaw, Oscar Wilde, and other late-Victorian dramatists challenged romanticized ideals of love and domesticity, and in the process, these authors appropriated and rewrote the genre conventions that had dominated English drama for much of the nineteenth century. In their plays, theater became a forum for debating the problems of traditional marriage and envisioning alternative forms of partnership.
This book is written for scholars specializing in the areas of Victorian studies, dramatic literature, theater history, performance studies, and gender studies.

Mary Christian is Assistant Professor of English at Middle Georgia State University, USA, where she teaches world literature and modern drama. She has contributed articles to Religion and Literature, Theatre Survey, Humanities, and SHAW: The Journal of Bernard Shaw Studies. She also serves as Membership Secretary for the International Shaw Society.