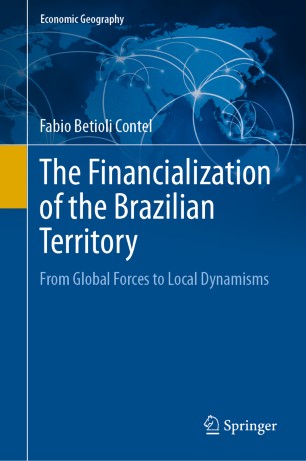 The Financialization of the Brazilian Territory

From Global Forces to Local Dynamisms

The book analyzes the financialization of the Brazilian territory to identify its main actors, technical systems and processes. The work is divided into three parts, which correspond to the three main scales of analysis of the national financial system:
1. the global scale, which defines the relative position of Brazil in the international division of financial work, emphasizing the role of São Paulo as an international financial centre;
2 the national level, which demonstrates the recent development of the financial and banking system (after 1964), with emphasis on the location and regionalization of bank headquarters and branches, as well as the new electronic channels for the provision of banking services (ATMs, points-of-sales, mobile and Internet banking); and
3. the local scale, which shows how these new financial agents and technical systems affect the Brazilian urban population, emphasizing the indebtedness of the lower income classes, as well as the emergence of alternative ways of using finance, such as fintechs, credit cooperatives and community banks.