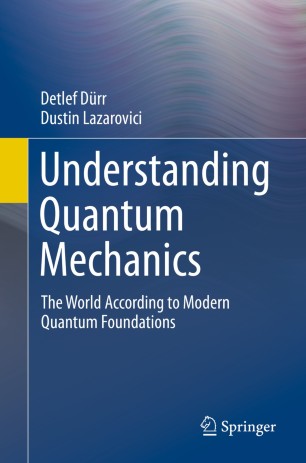 The World According to Modern Quantum Foundations

This book discusses the physical and mathematical foundations of modern quantum mechanics and three realistic quantum theories that John Stuart Bell called "theories without observers" because they do not merely speak about measurements but develop an objective picture of the physical world. These are Bohmian mechanics, the GRW collapse theory, and the Many Worlds theory.

The book is ideal to accompany or supplement a lecture course on quantum mechanics, but also suited for self-study, particularly for those who have completed such a course but are left puzzled by the question: "What does the mathematical formalism, which I have so laboriously learned and applied, actually tell us about nature?”

Detlef Dürr studied physics in Münster, Germany, where he obtained his PhD in physics in 1978. After his post-doc years at Rutgers in Joel Lebowitz´s group working with Sheldon Goldstein, he was awarded a Heisenberg fellowship. In 1989 he became a professor of mathematics at the University of Munich. His research interests are non-equilibrium statistical mechanics, Bohmian mechanics and the foundations of quantum theory.