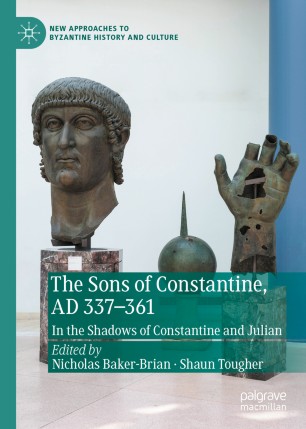 In the Shadows of Constantine and Julian

This edited collection focuses on the Roman empire during the period from AD 337 to 361. During this period the empire was ruled by three brothers: Constantine II (337-340), Constans I (337-350) and Constantius II (337-361). These emperors tend to be cast into shadow by their famous father Constantine, the first Christian Roman emperor (306-337), and their famous cousin Julian, the last pagan Roman emperor (361-363). The traditional concentration on the historically renowned figures of Constantine and Julian is understandable but comes at a significant price: the neglect of the period between the death of Constantine and the reign of Julian and of the rulers who governed the empire in this period. The reigns of the sons of Constantine, especially that of the longest-lived Constantius II, mark a moment of great historical significance. As the heirs of Constantine they became the guardians of his legacy, and they oversaw the nature of the world in which Julian was to grow up. The thirteen contributors to this volume assess their influence on imperial, administrative, cultural, and religious facets of the empire in the fourth century.