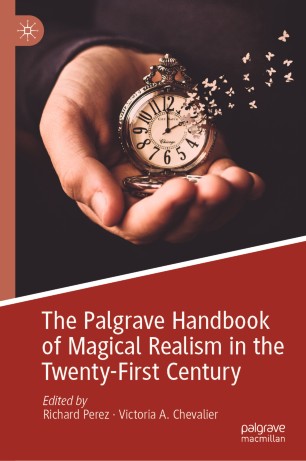 The Palgrave Handbook of Magical Realism in the Twenty-First Century

The Palgrave Handbook of Magical Realism in the Twenty-First Century examines magical realism in literatures from around the globe. Featuring twenty-seven essays written by leading scholars, this anthology argues that literary expressions of magical realism proliferate globally in the twenty-first century due to travel and migrations, the shrinking of time and space, and the growing encroachment of human life on nature. In this global context, magical realism addresses twenty-first century politics, aesthetics, identity, and social/national formations where contact between and within cultures has exponentially increased, altering how communities and nations imagine themselves. This text assembles a group of critics throughout the world—the Americas, Europe, Africa, Asia, the Middle East, and Australia—who employ multiple theoretical approaches to examine the different ways magical realism in literature has transitioned to a global practice; thus, signaling a new stage in the history and development of the genre.

Richard Perez is Associate Professor of English at John Jay College at the City University of New York, USA.  He is the co-editor of two critical anthologies published by Palgrave Macmillan: Contemporary U.S. Latino/a Criticism (2007) and Moments of Magical Realism in U.S. Ethnic Literatures (2012).

Victoria A. Chevalier is Associate Professor of English at Medgar Evers College at The City University of New York, USA.  She has published articles in Contemporary U.S. Latino/a Literary Criticism, John Oliver Killens Review, and Review: Literature and Arts of the Americas.

“There is lots to say about magical realism these days, it seems. This theoretically oriented volume, focusing on being, questions magical realism’s hierarchies--self and other, human and animal, human and nature, living and dead, and in so doing, interrogates and complexifies magical realism’s histories and categories, plumbing complex depths within an astonishing array of texts. Perhaps the collection’s greatest contribution is this global reach, finally taking us substantially beyond western perspectives, and illustrating how magical realism constitutes a major example of contemporary cultural globalization.” (Wendy B. Faris, author of Ordinary Enchantments: Magical Realism and the Remystification of Narrative (2004))
Buy options