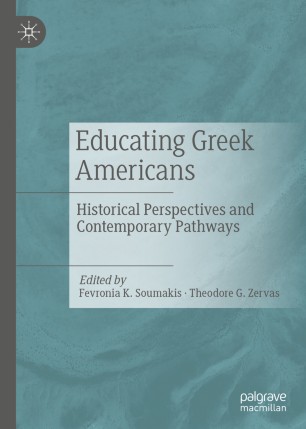 This edited collection considers Greek American formal and informal educational efforts, institutions, and programs, broadly conceived, as they evolved over time throughout the United States. The book’s focus on Greek Americans aims to highlight the vast array of educational responses to local needs and contexts as this distinct, yet, heterogeneous immigrant community sought to maintain its linguistic, cultural, and religious heritage for over one hundred years. The chapters in this volume amend the scholarly literature that thus far has not only overlooked Greek American educational initiatives, but has also neglected to recognize and analyze the community’s persistence in sustaining them. This book is an important contribution to an understanding of Greek Americans’ long overdue history as a significant diaspora community within an American context.

Fevronia K. Soumakis is Adjunct Assistant Professor at Queens College, The City University of New York, USA. She received her PhD in the History and Education Program at Teachers College, Columbia University, USA.

Theodore G. Zervas is Professor of Education and Coordinator of the Masters of Arts in Teaching program at North Park University, USA. His previous publications include Formal and Informal Education during the Rise of Greek Nationalism: Learning to be Greek (2017) and The Making of a Modern Greek Identity: Education, Nationalism, and the Teaching of a Greek National Past (2012).