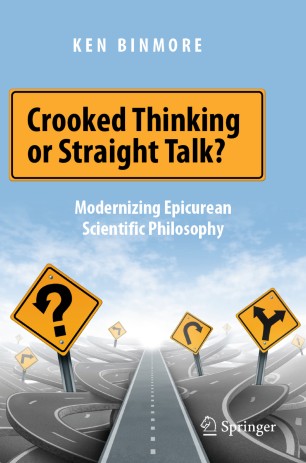 Why can't we think straight about the big issues that face our society? Why are we taken in by the phony arguments of populists and scammers? Where are the philosophers hiding when we need them to tell us what makes sense?

They are hiding because they have nothing to say. The airy-fairy answers offered by writers of footnotes to Plato were wrong two thousand years ago, and they are still wrong now. All this time, we should have been listening to a different but equally venerable branch of matter-of-fact philosophy pioneered by the much-maligned philosopher Epicurus. His ideas were suppressed in ancient times as heretical, but the development of the theory of games and decisions makes it timely for those of us who care about science to revive his style of thinking–not just about the world around us but about ourselves as well. The price of transferring our allegiance to Epicurus and his modern followers is that we can no longer enjoy the luxury of being told what we want to hear. It would be nice if we were really equipped with a hotline to a metaphysical world of transcendental ideals, but the truth is that we are just the flotsam left behind on the beach when the evolutionary tide went out, and we have to get real about what will and will not work for our imperfect species before it is too late.

This book is an attempt to point the way. It has no equations and very little jargon; nor does it pull any punches, either in explaining how game theory works or in exposing the follies of famous metaphysicians.